Wisdo’s manifesto is self-help. It’s an app and a community of real people, from all across the world, seeking to engage with each other in meaningful conversations, providing sincere help and support.

Personally, I can go on and on about the value of Wisdo in today’s hectic, connected yet disconnected world, but I think that the worldwide media and accolades did that a whole lot better. Professionally, Wisdo is a vast platform for conversations between users, using a native mobile app.

Wisdo wanted to be reflected on the web. Simple premise, yet a major SEO challenge.

As mobile apps don’t get scanned and indexed per se, the app-to-site transition needed to be conducted carefully. Launching millions of threads overnight was technically possible, but held a great potential of backfiring in the eyes of the Googlebot.

Aside from that, a web-based interaction is slightly different from an applicative one. There was a need for some content architecture, code architecture (as the site was to be constructed in React, known not to be natively friendly towards indexing) and an overall rollout strategy, based on data.

My scope with Wisdo was to prepare the community site for launch.

I conducted an initial market research, figuring out which of the territories Wisdo cover have the potential for swift indexability.

Simultaneously, we began iterations with the development team, regarding the code markup. Communities are being treated differently by Google, compared to other types of sites. That required preparation. Content, namely people’s threads and comments had to be represented in a manner that would be understood by Google – and ultimately being able to be found by people who search for solutions for problems they are struggling with.

Additionally, rollout was to be carefully planned.

Being an automated tool, the line between an innocuous release and a bombardment of content is a thin one, so graduality was key here. We planned for a measured release – some exposure, measurement, analysis and re-iteration. 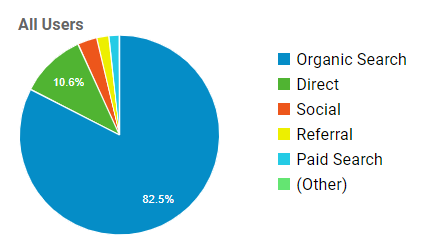 Wisdo’s community was launched in a record time, which I credit the personnel involved. The threads validate correctly, being indexed just right, rollout is being paced and timed, tracking is handled very well – and overall graphs are on the rise.

For me, the benchmark for success with Wisdo is seeing that people are able to search Google for what troubles them – find other people struggling with the same issues – and see the help they’re getting. The lifeless analytical data and the dry numbers tell a story of human beings being able to relate, and be related to.